Wairarapa takes its name from Wairarapa Moana. "Haunui-a nanaia looked out over Wairarapa, and his eyes glistened when he saw the fertile lands — hence Wairarapa, which means glistening waters". 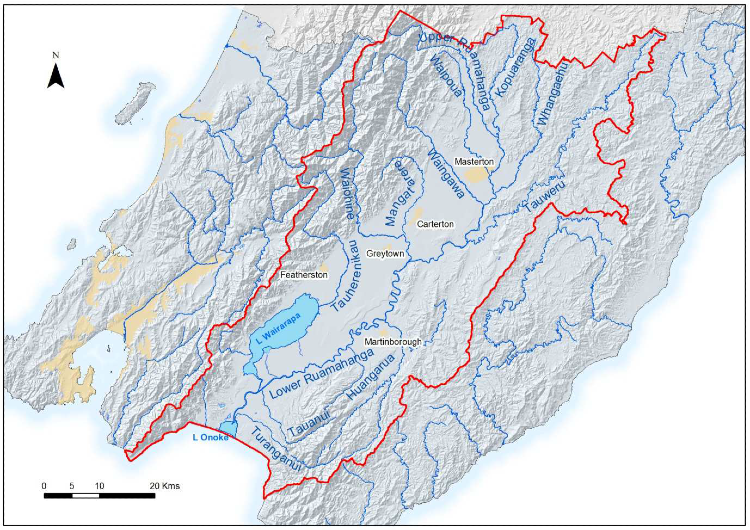 The mana (pride and strength) of Ruamāhanga is carved across the lower North Island. Ruamāhanga has massive scale, great diversity, and a generative force that enables and empowers all life in the Wairarapa valley.

Ruamāhanga is the largest flowing body of water in the Wellington region. It extends from Pukematawai, a peak in the north-western Tararua Range, to Wairarapa Moana in south-eastern Wairarapa. This is a journey of more than 130 kilometres, taking in many thousands of hectares of land and a myriad of water bodies, large and small.

Along the way the flow of Ruamāhanga is at times strengthened, as it receives water from many tributaries, and at others diminished, as water is given to the land, forming springs and streams that ultimately return to the main stem.