It was overcast and drizzly when we arrived to meet Ray Labone on his riparian forest regeneration block on the banks of the Ruamahanga River. Low cloud hung over the distant hills, and the river was just visible above the tree-tops in the valley below.

As soon as we arrived, Ray had his gumboots on and was leading us along a narrow muddy track down from the house and into the forest remnant nestled beside the river. Raindrops fell from the tree canopy with a random pitter-patter sound as they landed on our raincoats. 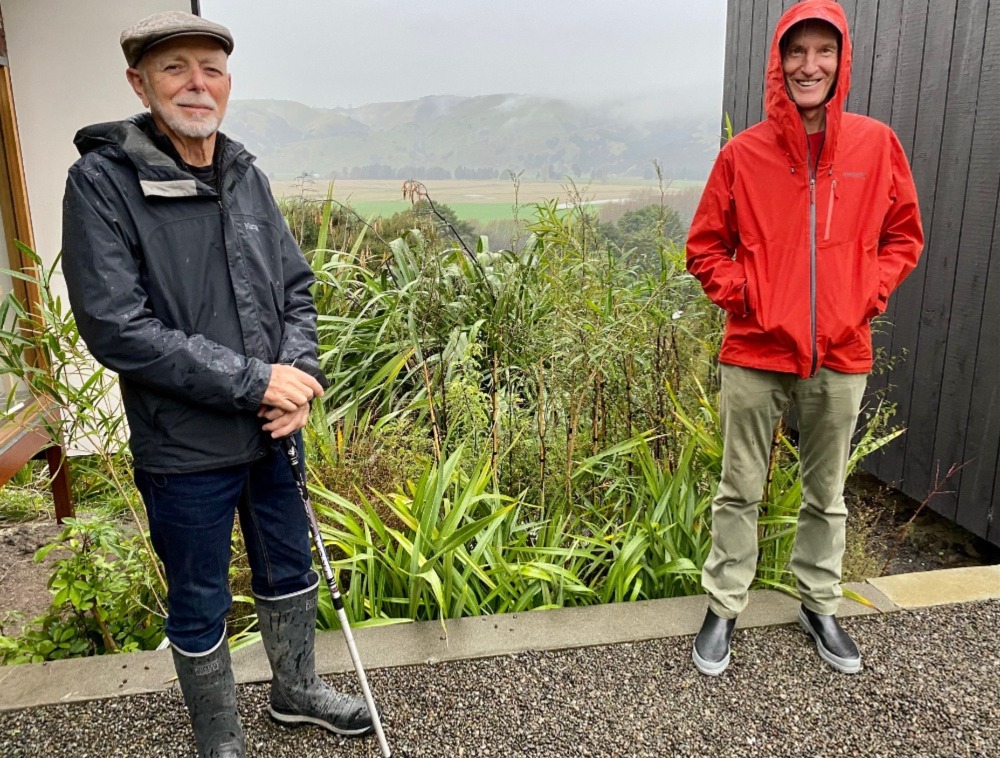 Ray had purchased the land some 28 years ago and soon realised even back then that he had something unique in the Wairarapa. The property, which is quite close to the Morison Bush Reserve, included a riparian bush remnant that contained many diverse species including kahikatea, tōtara, tītoki, kānuka, kowhai, matai, tī kōuka, tarata, horoeka, kawakawa, and many other smaller trees and shrubs. Ray then placed a QEII covenant on the forest remnant section soon after settling in.

Around that time, the Greater Wellington Regional Council undertook a plant survey and described it as one of the most diverse riparian forest remnants remaining on the Ruamahanga. Since then, Ray has kept the stock out and undertaken significant underplanting. 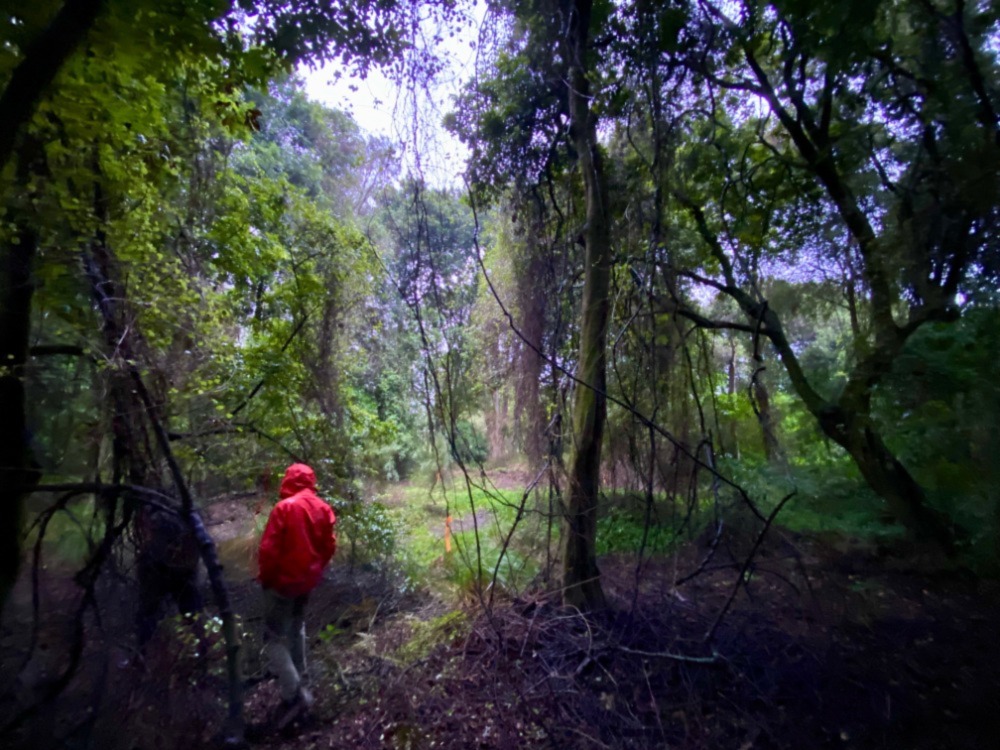 “We wanted to restore it to its natural state,” he told us as we followed him down the track that cut along the steep river terrace beneath the trees.

We trudged through mud and brushed aside the wet undergrowth before finally emerging into a heavily grassed area where we stopped, not too far from the river’s edge. The Ruamahanga was in flood and the muddy brown water surged past in a swirling hurry.

“Being on the river, sometimes it goes under water”, he says, gazing out across the river, “but it seems to recover well — and that’s a testament to the adaptation and resilience of the ecosystem.” 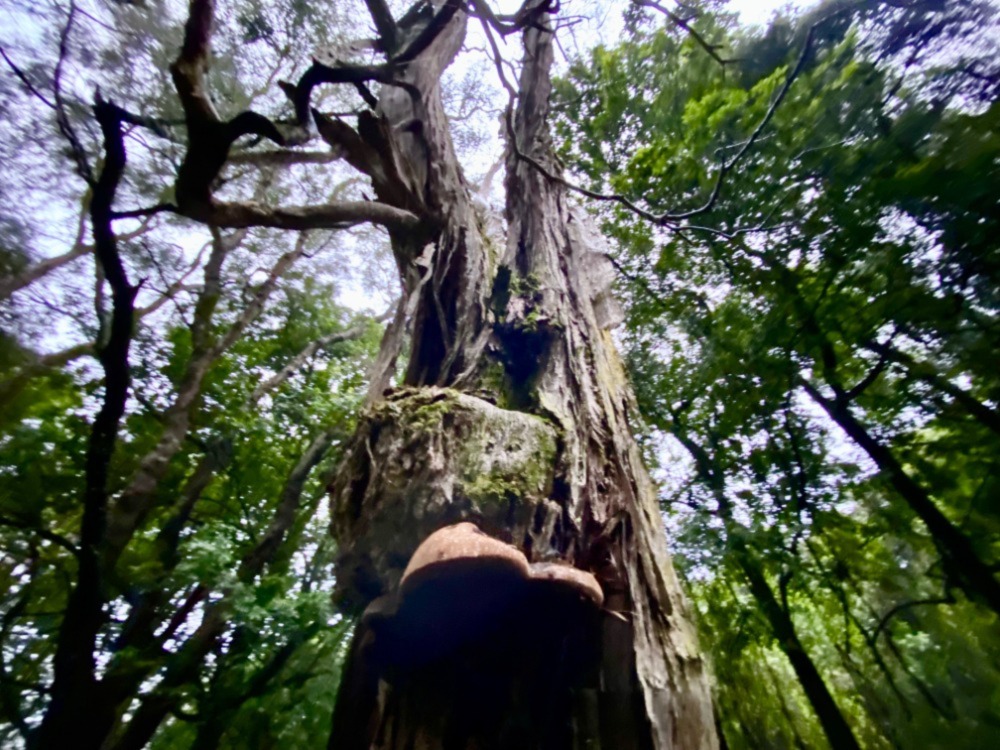 Ray’s QEII covenant has been a labour of love for several decades and it’s still growing strong. The passion and commitment are evident in his eyes — the way he looks around at what he started two decades ago, reflecting on the past, present, and future.

“We’re acutely aware of the need for big changes in the way we farm our land,” he says, looking around. “Being absent for much of the year we were unable to introduce regenerative farming practices so we focused on the two ecosystems we could have the most impact on — the bush remnant and the ephemeral wetland. We believe both of these projects can have an influence on other landowners around us.” 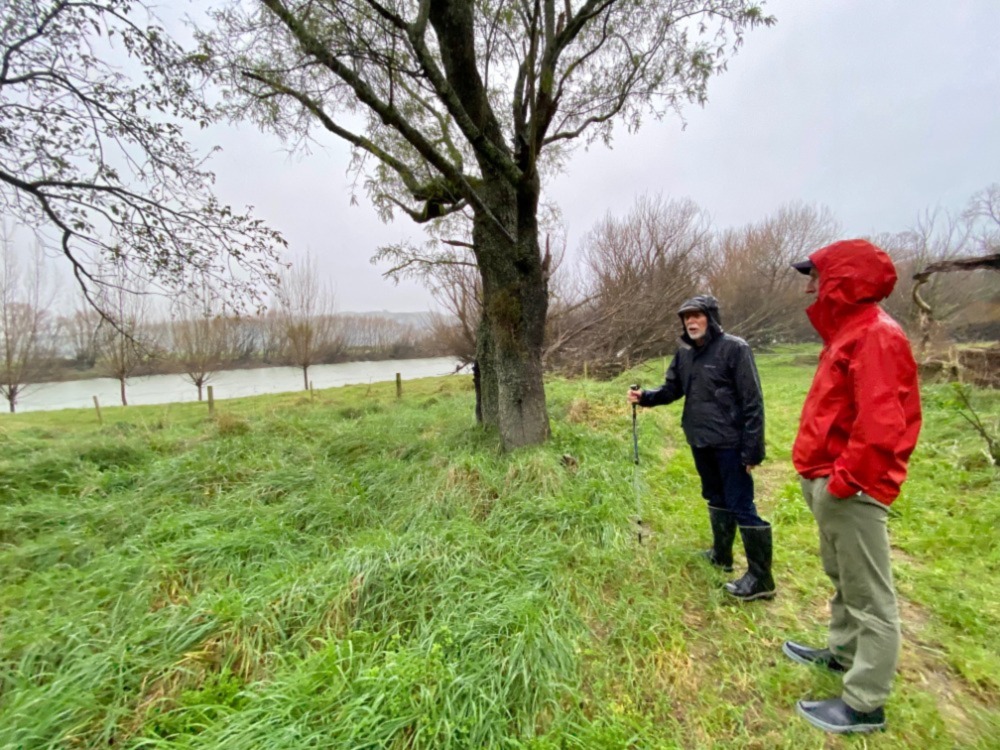 We walked a bit further on and gazed out across a paddock that he hopes to convert into another restoration block before making our way back through the bush remnant. He tells us that it bares little resemblance to what it was when he first purchased the land. 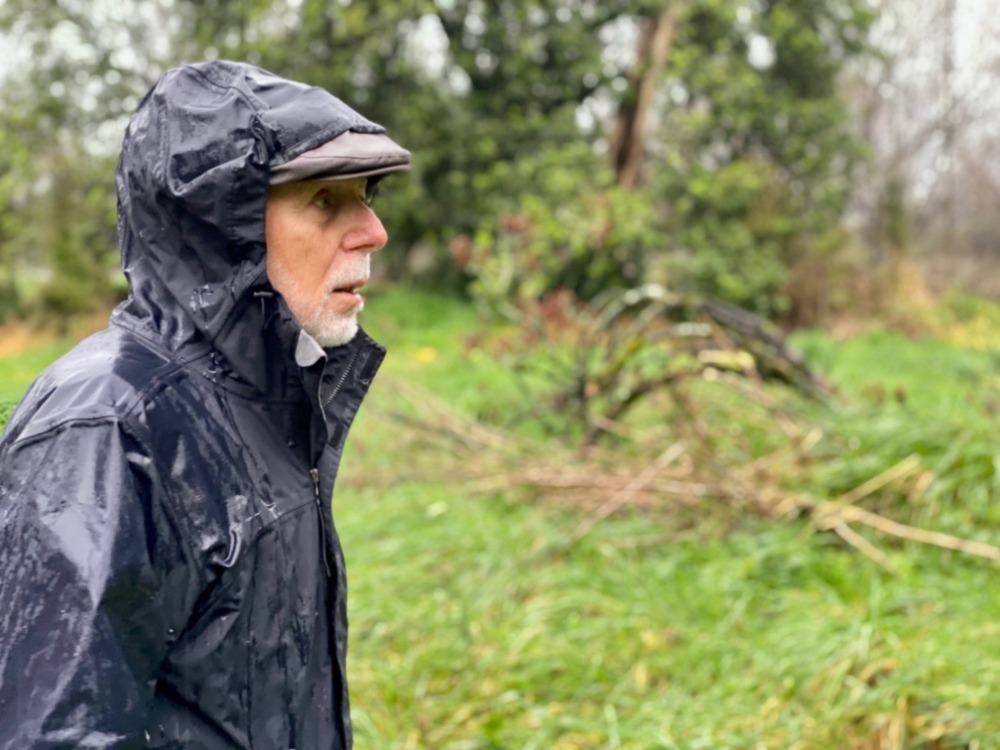 “It was under grazed by stock, so there was no real understory, and it was largely older trees that were in decline. Now there is a strong understory forming but it requires plenty of effort to keep weed species such as blackberry, tradescantia, and old man’s beard under control. A bonus for our effort is the increase in the native bird population.”

Ray points out a grassed area where he plans to put the plants donated by the Ruamahanga Restoration Trust. We ask if the seedlings are likely to be washed away in a large flood. Ray has seen three very large floods and knows the risks. 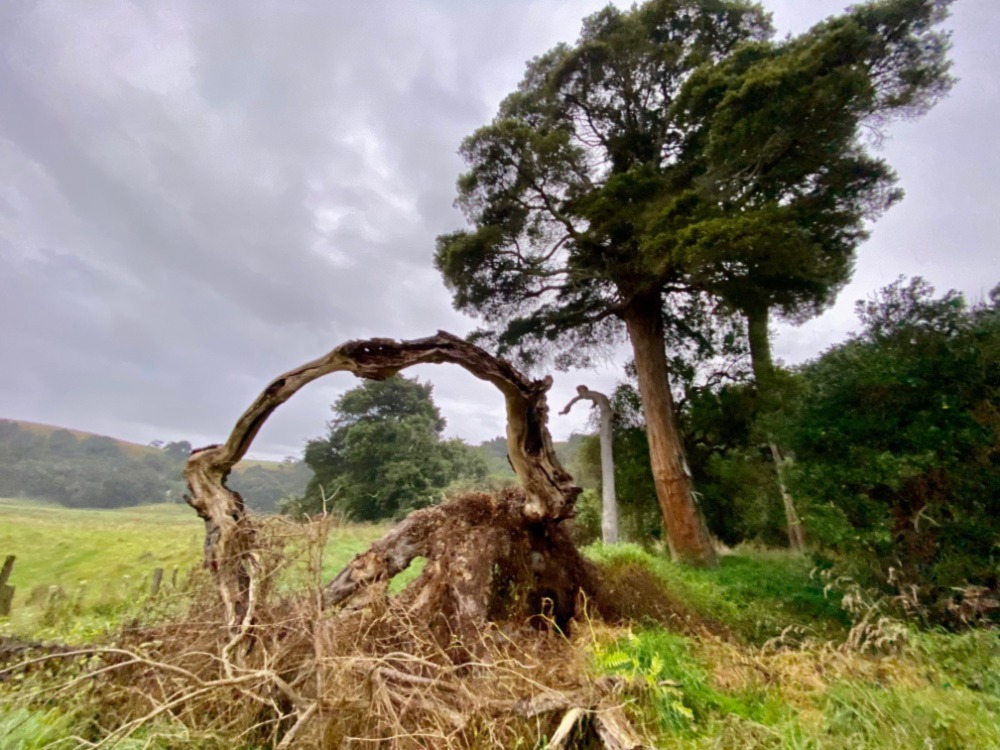 He is about to start a wetland restoration project on the land downriver from the covenant but knows it will be challenging, especially given the likelihood and increase in major flooding due to climate change. 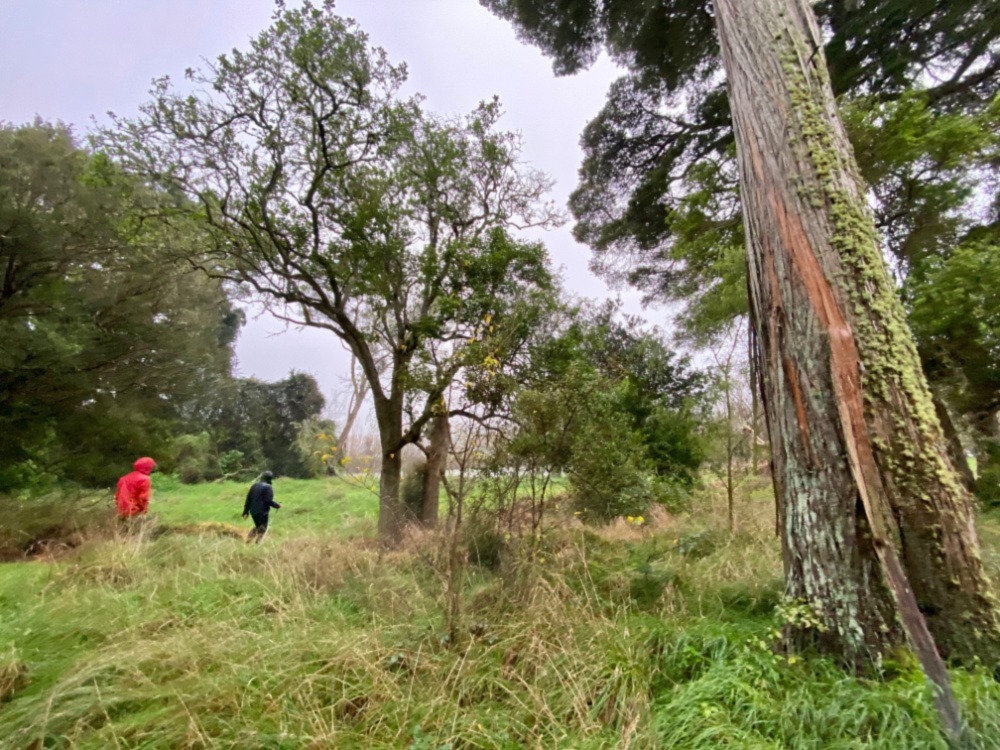 After some thought, Ray says he might plant our seedlings on slightly higher ground. He admits that it would be a shame to see our first gift of trees washed away in one mighty sweep of the Ruamahanga.

As with many other landowners along the Ruamahanga River, Ray Labone’s ideas and his passion for conservation and restoration give us the confidence that what we’re doing is right, not just for land and the river, but for the wider community and future generations. 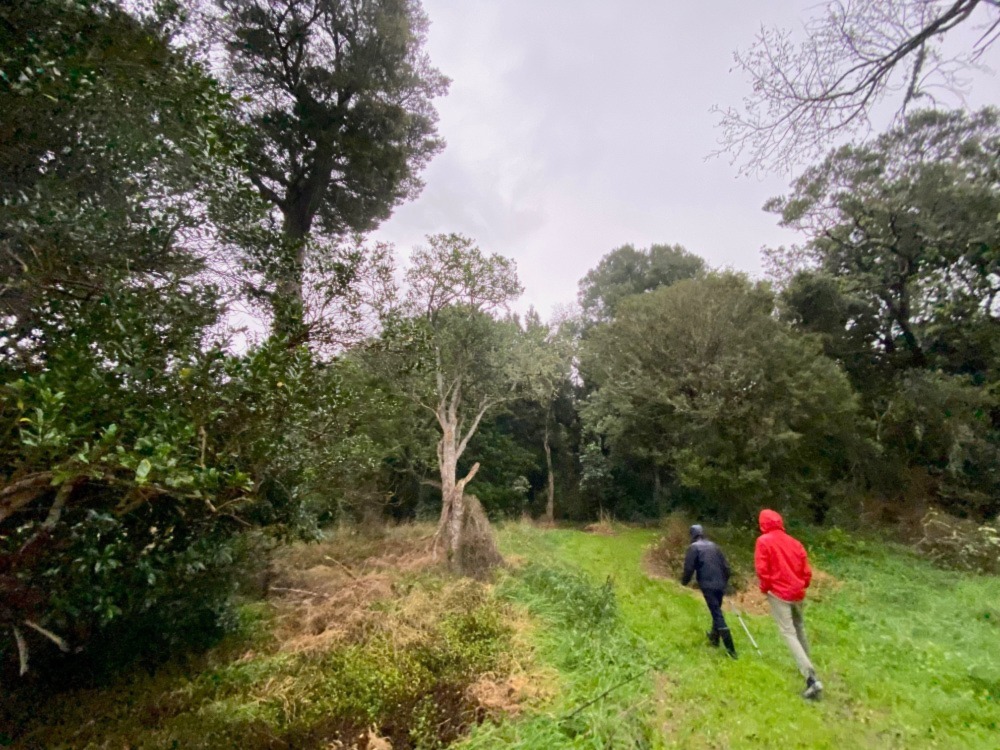 “We believe that a riparian strip of bush and wetland can play a crucial role in the rehabilitation of our river ecosystem. We see us being part of a growing  movement of landowners who are adopting a kaitiaki approach to these precious areas of land and who can help raise awareness and model good restoration practices.”

At that moment, the rain stopped and the river appeared to slow down.

It’s apparent that we made a special connection, and in that one moment, the reason why we are doing this made sense not only to us but more importantly to the river.