The Trust would like to acknowledge Sam Ludden and the Mokomoko Collaborative Community Education Model Project for bringing together a number of students from Kura Kaupapa ki Wairarapa and Mākoura College to assist in restoration planting alongside Mākoura stream. 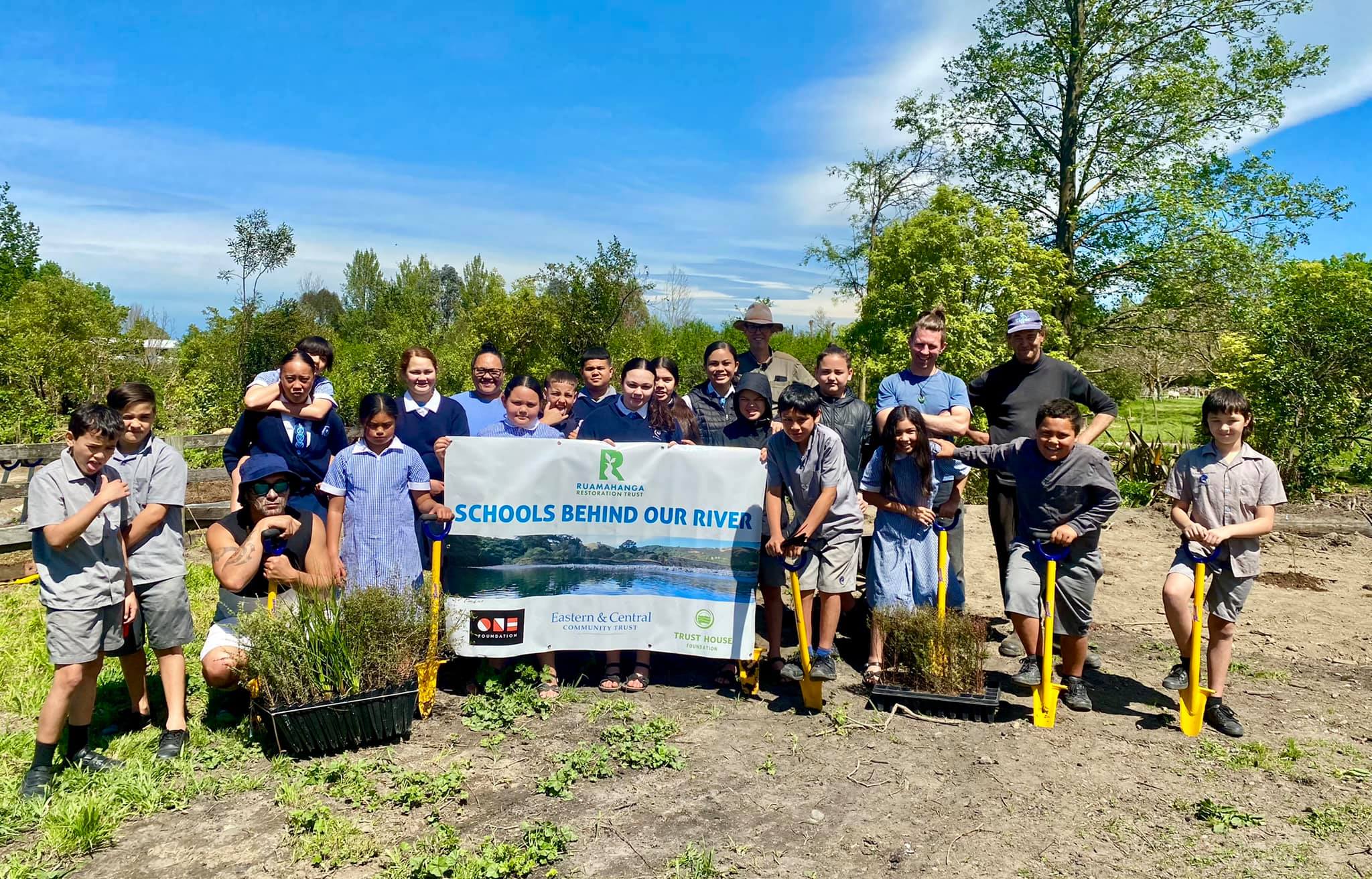 Besides planting some manuka plugs and root trainers, the students also had a chance to connect with the tuna (eels) and wai (water) as kaitiaki (guardians of their environment). 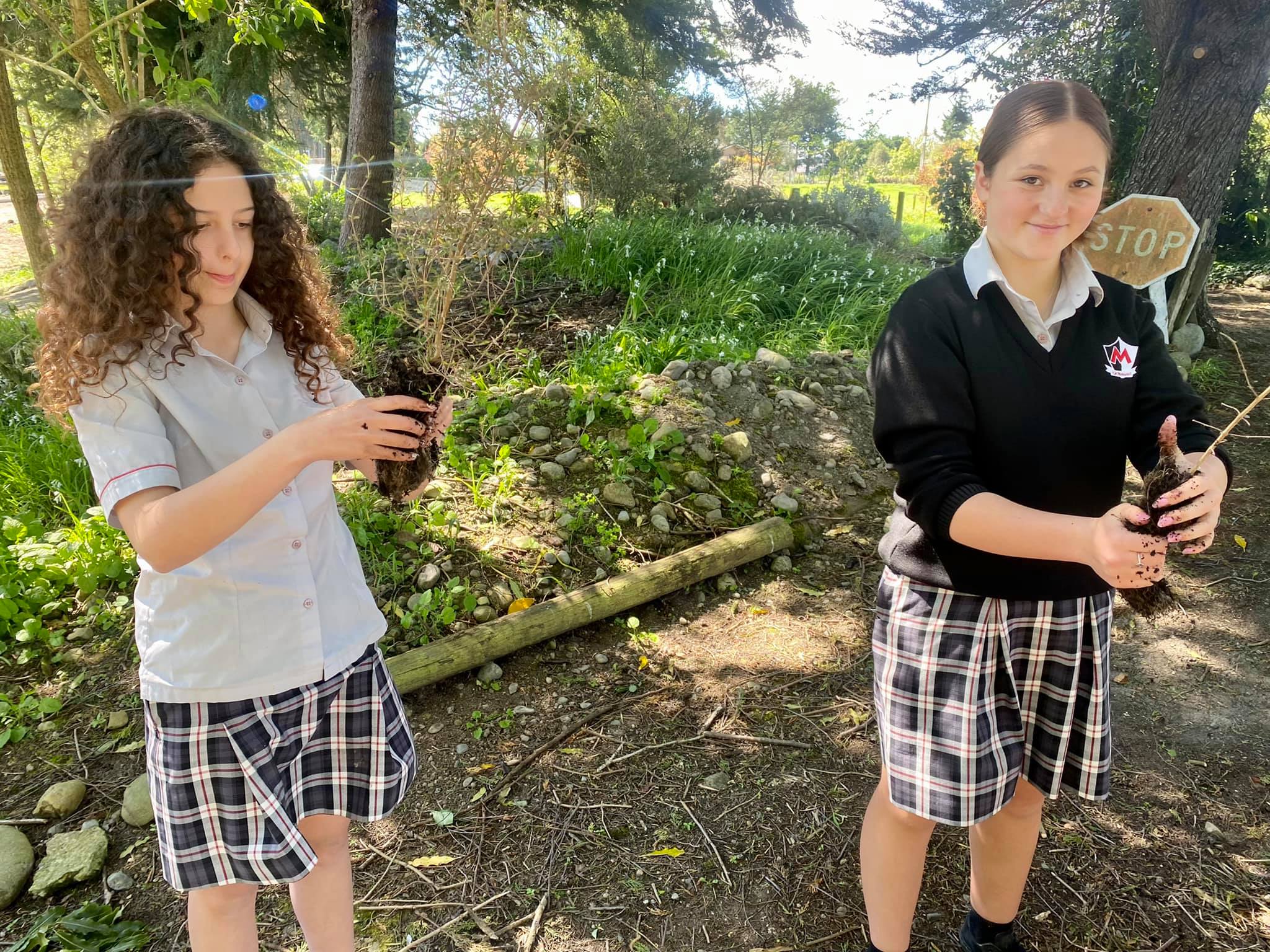 This is what matters –– engaging and inspiring our rangatahi (young generation) to connect with te taiao (the natural world) that surrounds us. As for those eels, no one really wants to catch them anymore because they have become so precious, with some living up to 100 years. 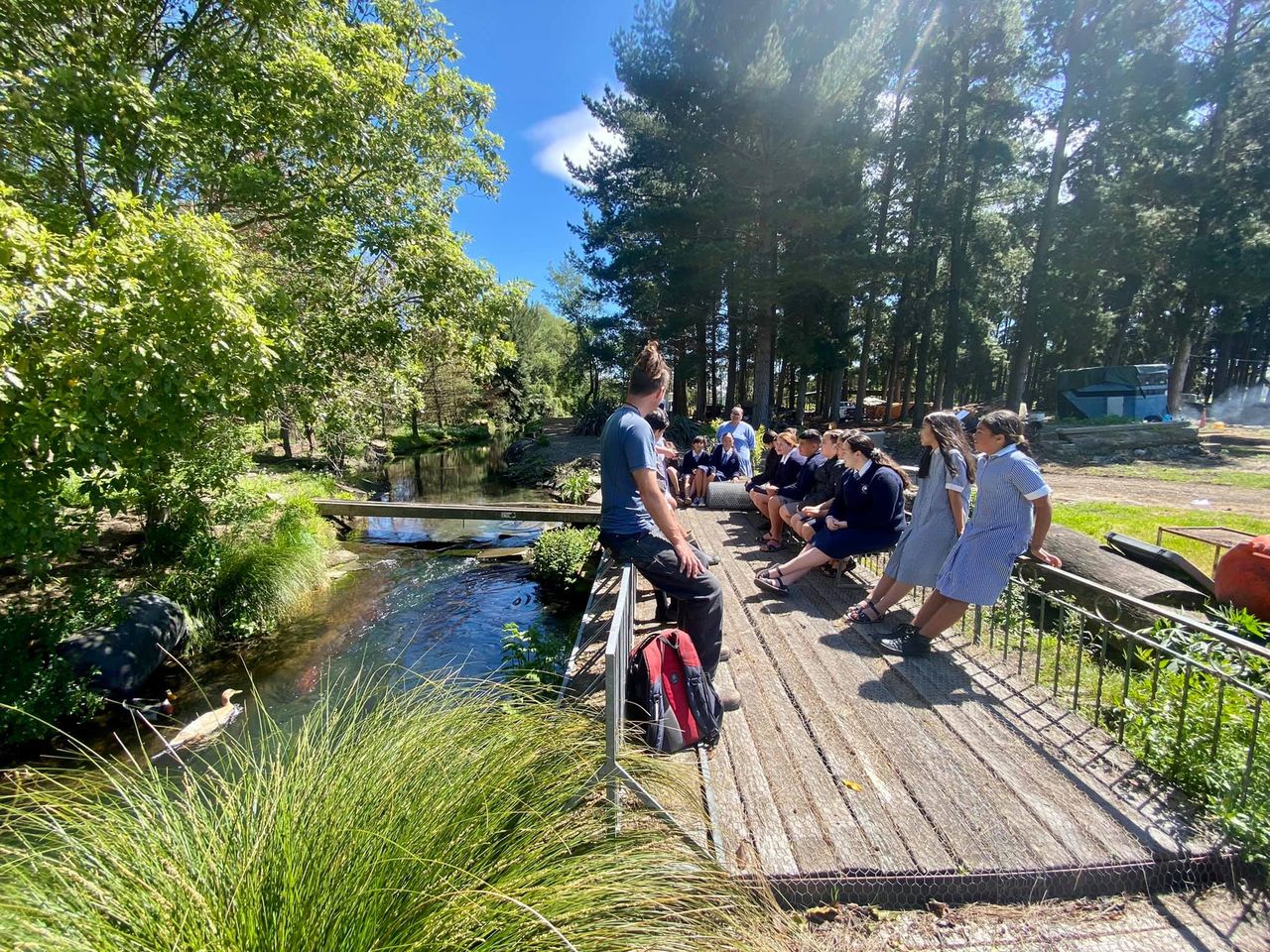 This was our first collaboration with Mokomoko and we look forward to providing further support in the form of field trips and more planting activities.

The Mokomoko Project is a Community Collaboration Education Model Project where schools are supported with their conservation, environmental, sustainability programmes. Mokomoko is a Matuaranga Māori inspired environmental education programme initially led by local educator Jo Potangaroa. In 2021, Sam Ludden took on Joe's position as a part-time educator, alongside his work as an artist and potter. According to Sam, Mokomoko’s kaupapa holds rangatahi at its centre and is based around the Waipoua awa in Whakaoriori/Masterton. "The vision," he said, "is that engagement of young people with our awa/rivers will build skills, knowledge and capacity and bring about intergenerational reconnection with our waterways." 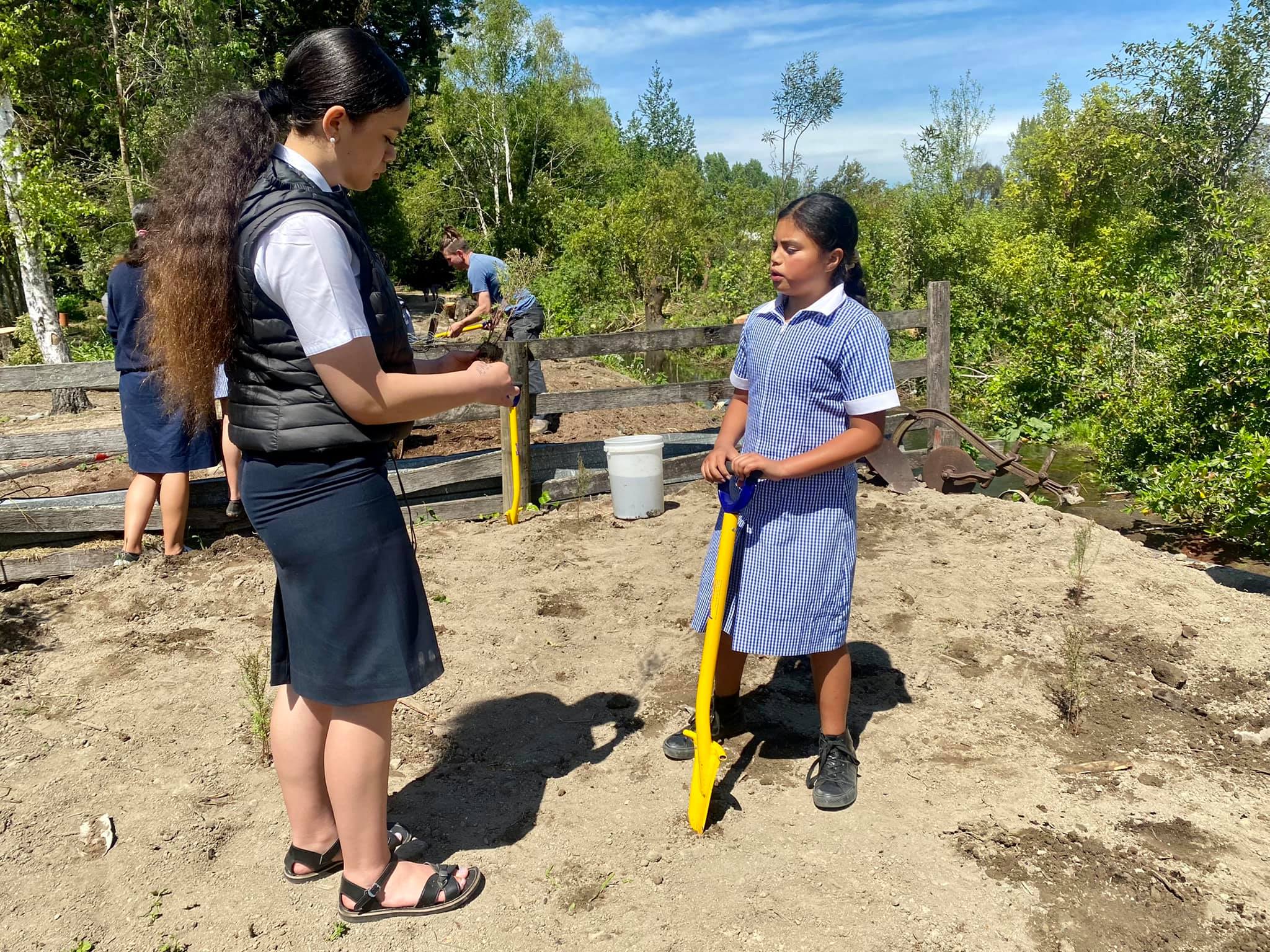 Mokomoko is the name for the gecko lizard but can also refer to an endemic fish found in larger, braided, gravel, open rivers of the North and South Islands. Solitary and secretive, the mokomoko fish species can still be found in the Waipoua River. 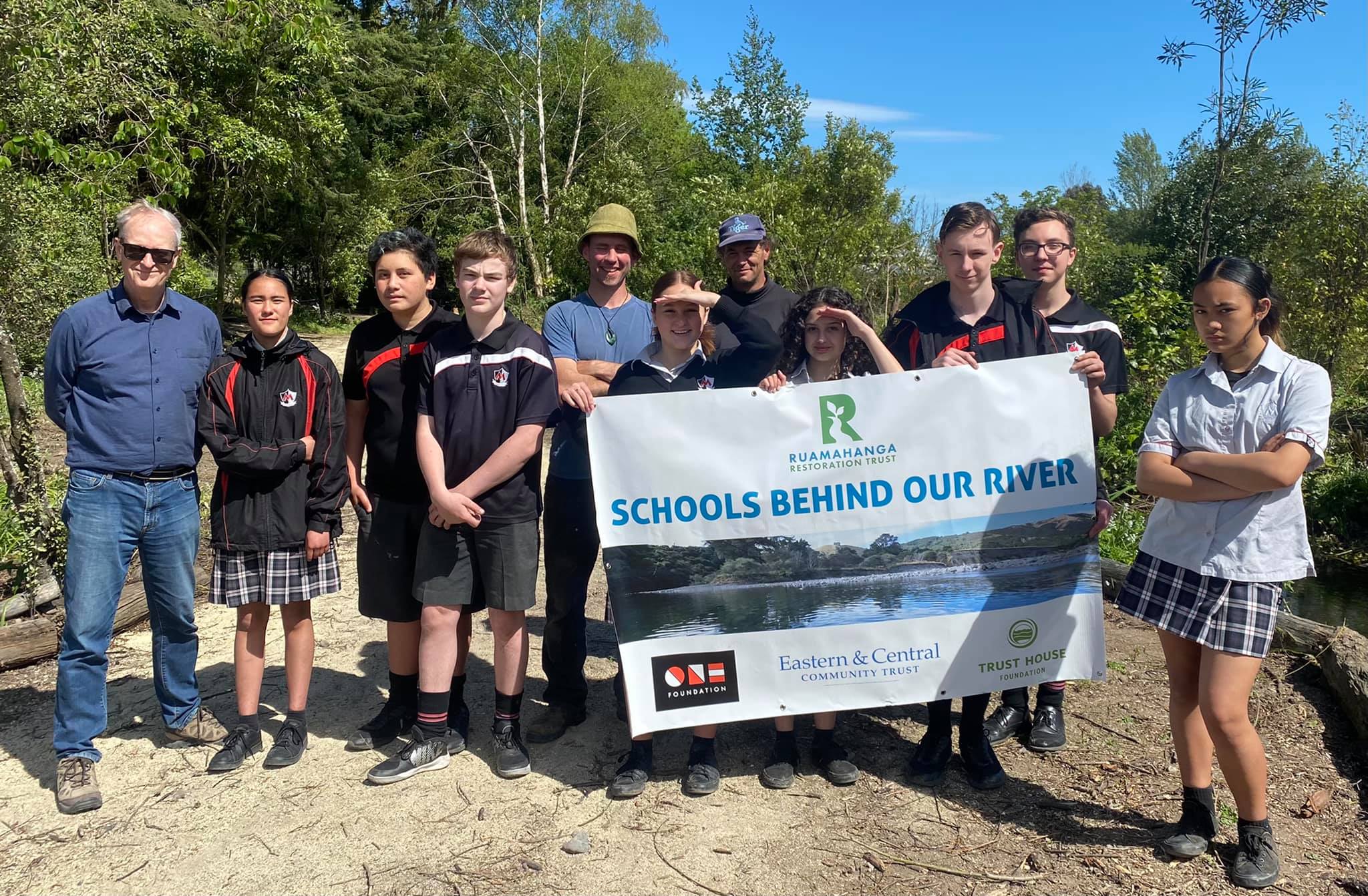 The Ruamahanga Restoration would like to acknowledge Masterton Trust House, Eastern & Central Community Trust, and One Foundation for their support of the Schools Behind Our River project.